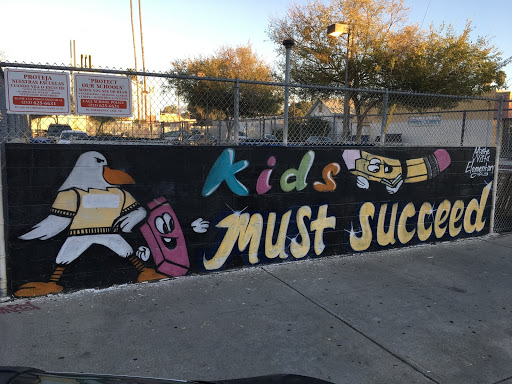 In fall 2018, UNICEF Kid Power teamed up with Niantic, Inc. to bring empowering experiences to kids across the country. Even if you haven’t heard of Niantic, you surely know them as the leading augmented reality platform and mobile real-world game company behind Pokémon GO, Ingress and the upcoming Harry Potter: Wizards Unite.

UNICEF Kid Power and Niantic both have a mission to empower kids to believe they can make a difference. The first phase of the partnership featured an activity for all UNICEF Kid Power classrooms. The activity prompted students to identify an important and culturally significant location in their community. Once decided, students worked together using mapmaking skills and local history to make the case for why their location was meaningful. Finally, teachers submitted the completed activity for a chance to have their location added to Niantic games.

We are excited to announce that two student-selected locations were added to all current Niantic games. This gives UNICEF Kid Power students the opportunity to introduce the world to a special place in their neighborhood.

The two locations nominated by UNICEF Kid Power classrooms are the Kids Must Succeed Mural in Los Angeles, California (pictured above) and the School District 6 Office Building in Central Point, Oregon.

These new game locations highlight the important history of the surrounding communities, for both locals and visitors. It also show kids that they have the power to make an impact in their community! This partnership with Niantic and UNICEF Kid Power is giving kids the opportunity to show the world that kids can make a difference!

Be sure to check out these locations in your favorite Niantic game — you never know what you might learn (or find) when you get there!

“We believe that every child has the power to make impact, locally and globally.”

If you’re not already a part of UNICEF Kid Power, you can join for free anytime. It gives kids the power to save lives by connecting their activity (doing Kid Power Ups) to real-world impact. Sign up here!﻿

More from the blog